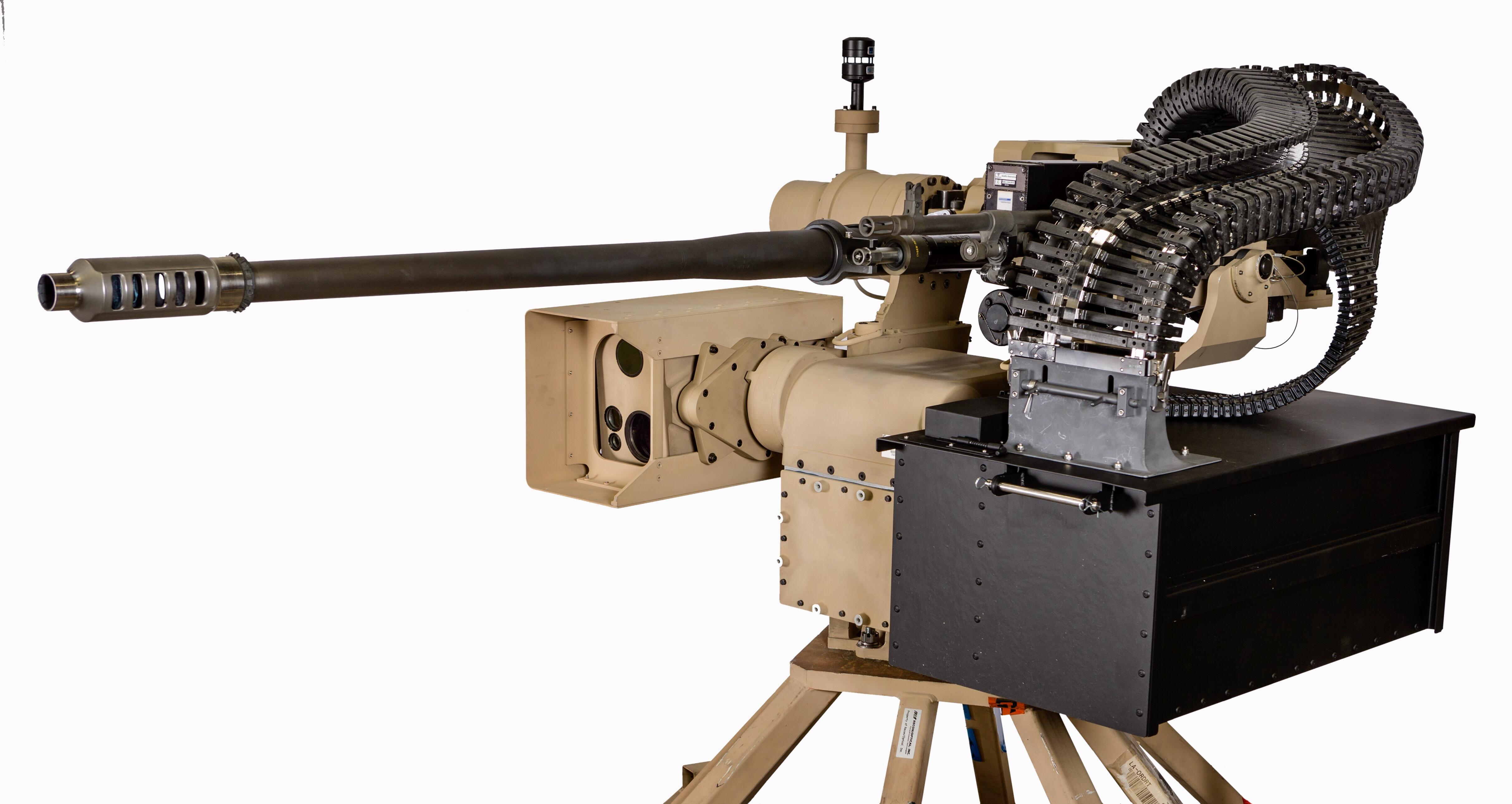 The EOS company's Australian made R400mk2 is an RCWS or Remote Controlled Weapons System. It is designed to sit on top of a tank or other weaponised vehicle and fire at people while the operator sits safely inside the armoured vehicle. It features a 'plug and play' interface, which means that shooting with it seems much like playing a video game. The humanity of the person being shot is greatly reduced by the screen interface.

According to a press release from 2019, "Indonesia is now the third country in Asia Pacific to integrate EOS products, namely the R400S Mk2 series into the Anoa 6 × 6 armored unit and also the Komodo 4 × 4 rantis. Reportedly 7 units of Komodo and 13 units of Anoa are the first batch of Pindad products equipped with the RCWS EOS R400S Mk2."