There is no end to the harm that weapons do.

From deforestation and the poisoning of lands and waterways to the carbon emitted and materials consumed in their manufacture, weapons destroy ecosystems and contribute hugely to global heating. The expenditure of public funds on weapons impoverishes other portfolios, reducing the budgets for health, education, housing and earth repair. The dispossession that follows military and corporate invasions has caused an internal refugee crisis, with an estimated 75 000 displaced people at risk of malnutrition and disease as of December 2022. Beyond all other impacts, funerals are the most grevious marker of foreign military exports to Indonesia. West Papuans grow tired of burying people who were caught in crossfire, mistaken as combatants, left behind in conflict zones, went to a demonstration or otherwise drew the fatal attention of TNI-POLRI troops.

* Scroll down for an overview

Foreign nations are complicit in the war on West Papua.

Through the sale of weapons, the provision of military and police training, through joint military exercises and, not least, through prioritising trade relations over human rights, governments across Asia, Europe, North America and Australia contribute directly to Indonesian state violence in West Papua. Banks and superannuation funds finance this violence through 'investments' in weapons, palm oil, gold and other conflict commodities. While West Papuans are on the front lines of colonial/capital expansion, the structures enabling state violence in West Papua stretch far beyond Indonesia's borders.

The world's biggest gold mine, Freeport (now Grasberg) is jointly owned by the Indonesian state and a private US company. It was the first mine to open after the dictator Suharto invited foreign 'investment' into Indonesian-controlled lands in 1967. Excavation was extended in 1988 and at the present time a further extension, 'Blok B', is underway. Local people are resisting further desecration of their land, while communities downstream of the mine continue to suffer from the poisons dumped into the river system.Companies like Freeport, BP and Rio Tinto exploit Indonesian state violence to extract conflict commodities like gold, oil and gas for profit. West Papua's forests face a similar enemy: clear felling for timber and palm oil. West Papua, the Congo and the Amazon are the three remaining stands of equatorial rainforest in the world. Indonesian soldiers, armed and trained by global 'allies', are enforcing a rapid program of deforestation in West Papua that is devastating indigenous communities and destabilising the global climate. 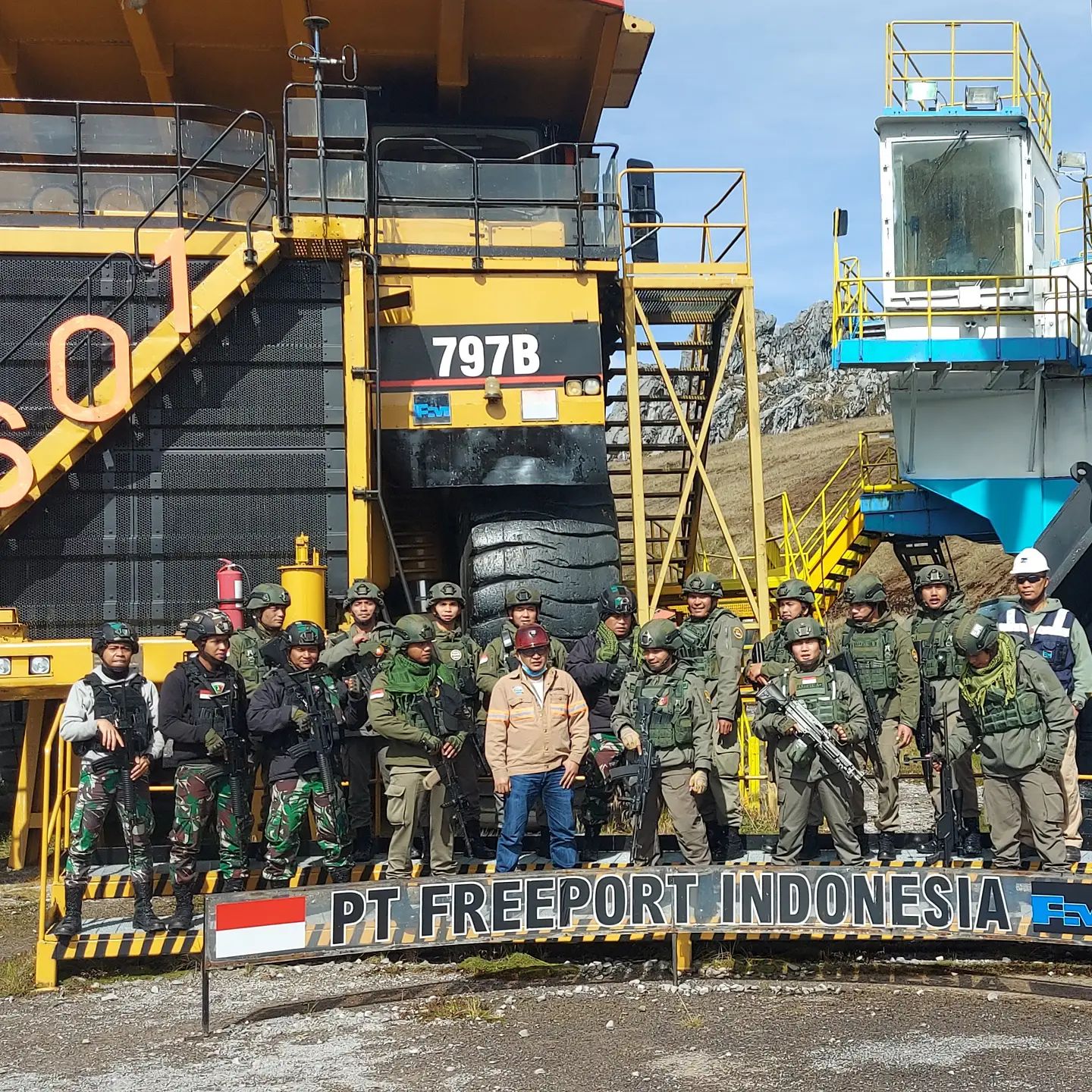 A state of terror

From mass arrests, such as the one pictured from 2019, through to execution-style killings of activists, to civilians targeted for wearing traditional dress, elders driven off traditional land and everyone caught in cross-fire, no-one escapes the terror of intense militarisation in West Papua. 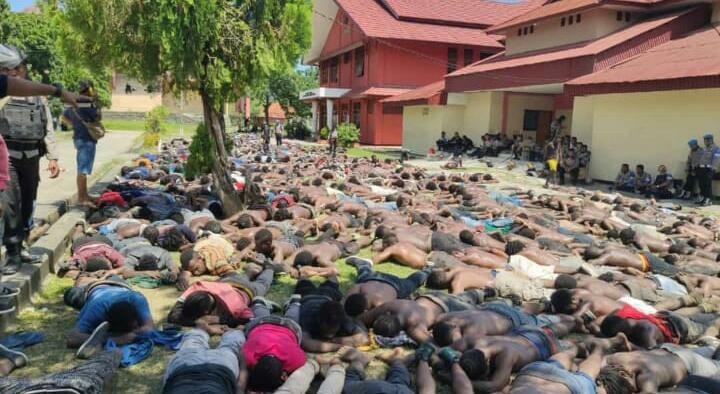