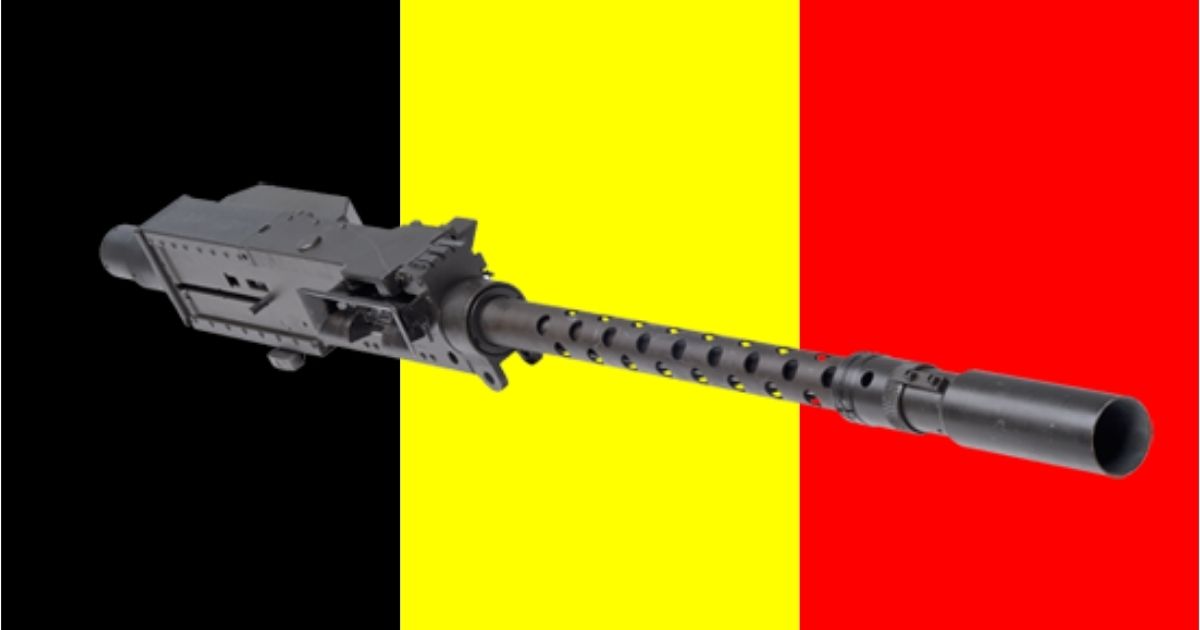 There are significant levels of collaboration between Indonesian and Belgian arms companies. Many standard-issue weapons used by the Indonesian military and police forces are either produced by Belgian companies, or manufactured in Indonesia by the state-owned arms company PT Pindad under license.

Belgian Minister of the Economy Jean-Claude Marcourt with John Cockerill and FN Herstal arms traders at the Indonesia weapons factory of PT Pindad in Bandung, 2016

In 2016 the Belgian Minister of the Economy was accompanied by representatives from two Belgian arms companies - FN Herstal and John Cockerill (formerly CMI Defence) - in a visit to Pindad PT “to strengthen bilateral relations between Indonesia and Belgium, and to seek investment opportunities in Indonesia.”

The French company Thales bought up Belgian company Forges de Zeebrugge in 2017, and now operates as FZ Thales. Rockets made by FZ Thales were fired at highland villages in West Papua between January-March 2021.

In May 2021, Indonesia's ambassador to Belgium, Andri Hadi (who also represents Indonesia in Luxembourg and the European Union) said: “In recent years, Indonesia and Belgium have partnered very closely in the development of a strategic defense industry. Cooperation has been well established between PT.Pindad, FN Herstal, and John Cockerill Defense."

In 2016 Belgium gave 50 M113 armoured vehicles to Indonesia. However the donation allowed for the sale of an “amphibious kit” produced by Belgian company FTS Belgium to Indonesia, which allows the user to adapt the M113 into an amphibious vehicle.

Peace Action or Vredesactie is a Belgian grassroots antimilitarist group that takes direct action to end arms sales and war. Find them here.