Thales sold their Force Shield Air Defence System to Indonesia's Ministry of Defence in 2014. The VAMTAC weaponised vehicles pictured are Spanish-made, by the company URO, however Thales was the prime contractor in the deal, due to the vehicles being fitted with Thales Rapid Ranger launcher and Starstreak air defence missiles. Pictureded below are the VAMTAC with the Thales missile launcher on display at an arms fair, and the delivery of 20 of the weapons by Thales to the Indonesian Defence Force in 2016. 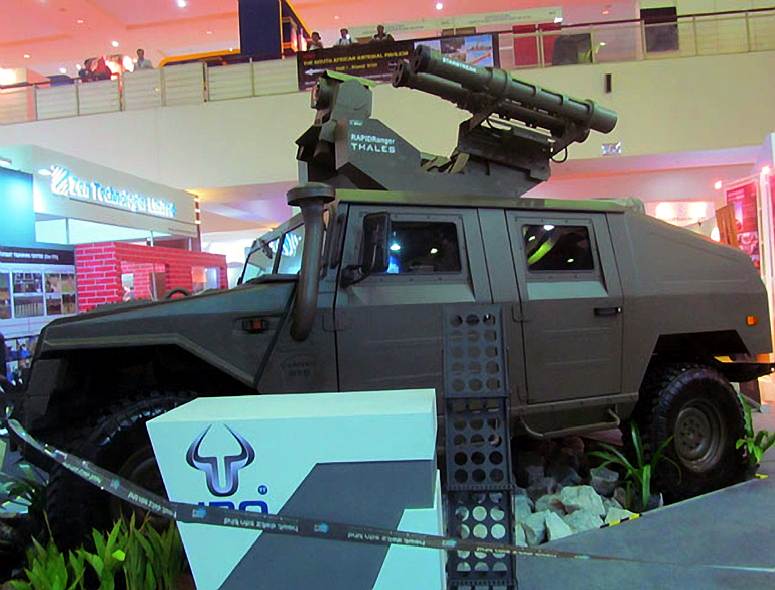