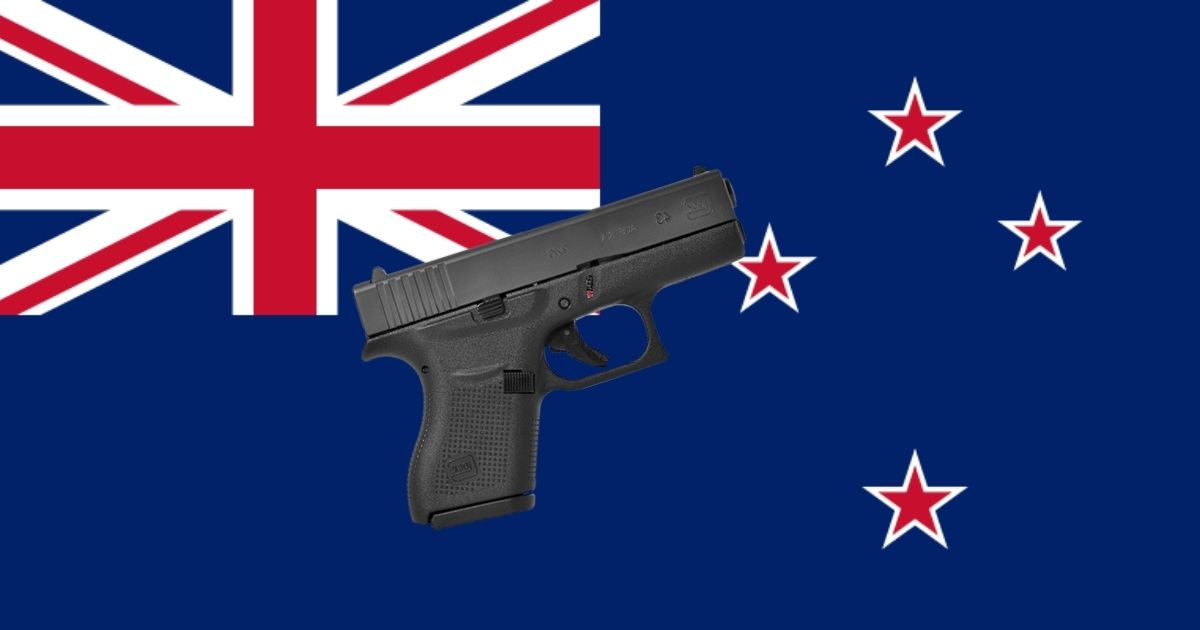 NZAID, the aid branch of the New Zealand Ministry of Foreign Affairs, spent seven years exploring the possibility of assisting the Indonesian police in West Papua and Maluku with training in ‘community policing’.  The Eastern Indonesia Community Policing Programme, which began with an exploratory Jayapura workshop in 2007, ended in 2014 when the programme  was called off by the Indonesian Government.  There was no official explanation for this decision.  However,  Jakarta-based Kiwi journalist, Harry Pearl, quoted the deputy chief of the Indonesia national police, Commander General Badrodin Haiti, as saying  the cancellation was because of concerns about ‘hidden motives’ behind the programme.

The Commander did not explain what he meant by ‘motives’ but the answer seems to lie in the controversy that the project attracted in New Zealand, and in West Papua.

What is  ‘community policing’ in New Zealand and the Pacific?

New Zealand Police place a lot of emphasis on working with communities and on preventative police work, and this is summed up in the police motto ‘Safer Communities Together’. ‘Community policing’ takes in a range of crime prevention strategies, including liaison with community leaders and organisations. Community projects tackle problems such as drug use, under-age drinking, and similar offences. It is intended to be a flexible approach, seeking local solutions for local problems.

New Zealand has offered training in ‘community policing’ to several Pacific nations as part of its aid programme.  The International Service Group of the Police has projects in Timor-Leste, Tonga, Solomon Islands and Bougainville.  New Zealand police personnel provide advice and mentoring in a number of areas but working in partnership with the community is a key feature of the training.

Timor Leste, Tonga, Solomon Islands and Bougainville have reached a point that could be described as ‘post-conflict’, so that New Zealand’s advice and mentoring is less likely to be seen as partisan. By contrast, in West Papua a struggle for self-determination is decades old and ongoing. The Indonesian police are widely seen as a component of the security forces alongside the military and the intelligence operatives.  Together they work to suppress any expression of ‘separatism’. New Zealand’s offer of police training, like its ongoing programme of training Indonesian military personnel, was never likely to be seen as neutral by those West Papuans sympathetic to the struggle for self-determination or independence.

Reports released under the Official Information Act New Zealand officials make it clear that the  proposed the Community Policing project was expected to have a spin-off for improving the bilateral relationship between Indonesia and New Zealand.

In 2007 the police area commander in Jayapura, General Tommy Yacobus, asked for New Zealand assistance with community policing and said he had instructions from the national police chief to ‘get back the confidence of the community’ following violent clashes with demonstrators the previous year.  New Zealand sponsored  a workshop in Jayapura where 32 police from the territory (only 10 of them indigenous Papuans) were told how the New Zealand Police try to build community relations and anticipate and prevent conflict. By September 2008, officials were describing the NZAID-funded community policing initiative as ‘the centre piece of New Zealand’s constructive engagement approach with Indonesia on the Papua issue. It demonstrates New Zealand is serious in its desire to make a real difference on the ground …’

However,  around this time period there were shocking incidents of  unprovoked police brutality  towards indigenous Papuans.  In  August 2008, police drew their guns during a peaceful function held to celebrate World Indigenous Day, leading to the death of Opinus Tabuni, an innocent participant. The police said they had been ‘provoked’ by the raising of the Morning Star flag. In 2009 and in 2010 shocking videos of torture began to circulate on the internet. The perpetrators had used their mobile phones to record their actions, in one case taunting a disemboweled man as he lay dying.

New Zealand diplomats cannot have been unaware that lethal force was regularly used against peaceful demonstrators, or that the problem of police violence in West Papua is institutionalised. Analysing the problem of torture, researcher Budi Hernawen concluded that torture is  openly used as a mode of governance by the state to induce submission. Because the perpetrators – police and military – are almost never punished,  Hernawen described West Papua as a ‘theatre of torture’. The New Zealand ambassador and second secretary visited West Papua in November 2010, and their heavily redacted report shows that issues of military impunity, torture and police brutality were discussed with Indonesian authorities.

While the  diplomats remained upbeat about New Zealand’s engagement with policing, the programme became the subject of controversy.  The solidarity movement and the Green Party argued strongly against proceeding with the community policing project. Green Party MP Catherine Delahunty took the lead in opposing the programme in the media and in Parliament. Activists wrote articles, issued media releases and lobbied the Foreign Minister. Radio New Zealand International, which focuses on Pacific issues, reported the debate. Then Foreign Affairs minister Murray McCully’s stock answer was that it was better to do something on the ground rather than ‘criticise from a distance’.  Activists dismissed this response – how could short courses succeed in transforming West Papua’s oppressive police force into kindly neighbourhood cops?

New Zealand journalist Paul Bensemann visited West Papua in 2013, posing as a  bird watcher. He spent time with prominent Papuan editor Victor Mambor who talked to him about police violence and police failure to conduct investigations.  Victor told the story of  his journalist, Ardiansyah Matra'is. Ardiansyah had written a series of articles about illegal logging by military officers.  In 2010 his body was  found in the  Merauke harbour with his hands and feet tied together.  It was clear that he had been beaten but the police wrote his death off as suicide. Mambor said bluntly that New Zealand's police training was ‘aid that kills’. Bensemann’s article received prominent coverage in New Zealand’s largest  daily newspaper, The New Zealand Herald.

In May 2014 the programme came to a halt at the request of the Indonesian government. This was surprising, as it is not every day that a host government rejects a foreign aid scheme just as it is about to get under way. By the end of the 2009–10 series of workshops, the community policing programme in Eastern Indonesia had undergone four years of extensive planning: there were pilot projects; police officers had made reconnaissance visits; and there had been evaluations of the scheme’s likely effectiveness and its potential risks. New Zealand was committed to tutor some 1000 police over a three-year period at a cost of over $6 million.

The Ministry of Foreign Affairs offered a non-explanation – that the Indonesian government was not able to support the programme at this time.  However, the 'hidden motives’ answer given by the deputy chief of the Indonesia national police, Commander General Badrodin Haiti, may be more revealing. On the face of it New Zealand’s motive was simple – to help the Indonesian police work more closely with their communities and thus improve community safety. The government also hoped to stave off domestic criticism that it was ignoring the evidence of ongoing gross human rights abuses in the territory. Until the surprising cancellation announcement, this agenda had seemed to dovetail nicely with Indonesia’s interests, and the New Zealand ambassador and his team appeared to be pleased with their high-level calls on government and police representatives in the territory. The Embassy noted that the Indonesian regional newspapers had reported on New Zealand’s commitment to Indonesia’s territorial integrity, to Papua’s peaceful development, and to the ‘repudiation of the use of all forms of violence’. The New Zealand design documents for the community policing project confront the problem that  there could be allegations in the future of human rights abuses concerning the police in West Papua. This could expose the New Zealand government and Police to ‘reputational risks’ particularly if those involved had received New Zealand training. The documents consider how this might be handled diplomatically by means of a clear communication strategy to explain the exact nature of New Zealand’s support.

It appears that the Indonesian authorities also worried about this potential risk of bad publicity. New Zealand media representatives would expect to be able to monitor the project on the ground but, since West Papua is largely closed to international journalists, this would pose dilemmas for Indonesia and New Zealand. This debacle exposed the internal contradictions in New Zealand’s West Papua policy. Officials constantly repeat the ‘territorial integrity’ mantra and refuse to face the real issues in West Papua, which include  Papuan political aspirations and self-determination. Colluding with Indonesia to avoid these issues while simultaneously offering to help the police or military amend their ways does not work. In this instance it also led to confusion in the Indonesian administration and doubt about New Zealand’s real intentions.

New Zealand trainers teach in courses at the JCLEC as follows:

‘JCLEC remains a priority partner for New Zealand to support Indonesia and the wider South East Asia region’s efforts to counter terrorism and violent extremism.  Options and funding for training courses at JCLEC is reviewed regularly.’  (Secretary  of Foreign Affairs and Trade to Maire Leadbeater, 22 July 2020.)

After breaking military ties with Indonesia over the 1999 violence in East Timor, New Zealand restored defence training ties to Indonesia in 2007. In 2017 the Defence Ministers of both countries signed a Joint Statement on Defence Relations undertaking to work on strengthening the defence relations

New Zealand’s ‘professional leadership’ training to Indonesia comes under the  Mutual Assistance Programme (MAP) which is described as the ‘core of our defence relationship’.  MAP is the umbrella for military  training offered to a number of Pacific and South East Asian countries.

New Zealand and Indonesian Defence Ministers hold annual  bilateral defence talks, alternating the venue between Jakarta and Wellington.  New Zealand has a Defence Attaché based in the Jakarta Embassy.

In 2018 President Widodo visited New Zealand at the time that New Zealand was celebrating its 60th year of diplomatic relations with Indonesia.  The bilateral relationship was upgraded to a ‘Comprehensive Partnership’.  This places New Zealand on equal standing with other ‘tier two’ partners – Russia and the EU. (One step below ‘tier one’ Strategic Partners Australia, China, Japan and the US.)

This information has been obtained by a series of Official Information Act requests and the most recently obtained export listing states that the ‘end user’ of the parts is the Indonesian Air Force.  The name of the exporter has been redacted.

New Zealand also exports other ‘strategic goods’ to Indonesia, including small arms including rifles and pistols. For example in 2020 approval was given for the export of ‘Glock 43 TFS Semi Auto Pistol 9mm with Magazines’ and a ‘GBC Rifle Carbine, Carbon Fiber Suppressor 9mm’ among some 16 other similar listings.  The values, end-users,  and quantities of these items have all been withheld.