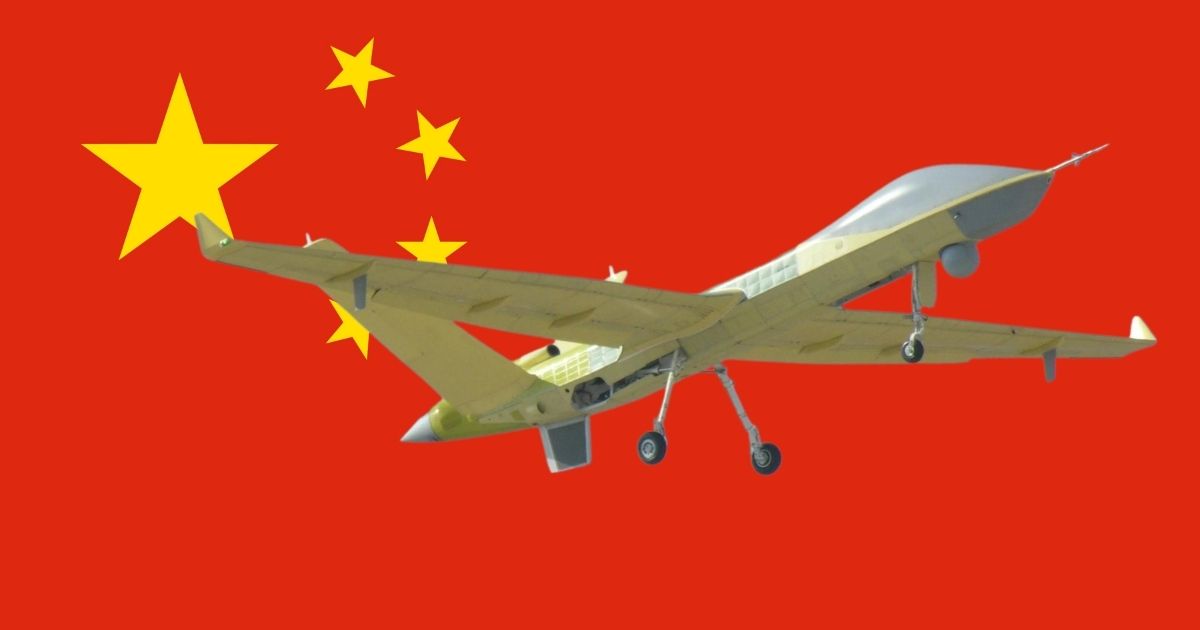 China has decreased its dependence on foreign weapons and expanded its military production capabilities in recent years, becoming the world’s second largest arms exporter behind the US in 2017, according to research by SIPRI.

Five companies from China accounted for 13 per cent of total sales by the world’s 100 biggest arms producers last year, led by the US. According to SIPRI, Industry expanded even during Covid-19 crisis, ‘largely shielded by sustained government demand for military goods and services’.

From 2015 to 2019, China was the world’s second largest arms producer, SIPRI said. While it used to rely heavily on Russian imports, China’s advancements in weapon development have now placed it on par, or even ahead, of Russia.

Despite disagreements based on historical conflicts, China and Indonesia maintain a strong trading relationship.

“Beijing has been Jakarta’s largest trading partner since 2013. In 2020, China was Indonesia’s top export destination, accounting for more than 16% of the nation’s total exports. That year, the total value of Indonesia’s trade with China topped $78.5 billion. In 2019, both countries signed a local currency settlement agreement that will expand the use of the Chinese yuan in Indonesia, which took effect in September.”

In August 2021 it was reported that

“Indonesia’s total bilateral trade with China reached $53.5 billion in the first half of 2021, an increase of 50.3 percent compared to the same period last year. Indonesia’s exports to China were recorded at $26.2 billion, growing 51.4 percent, while the value of Indonesia’s imports from China also increased 49.3 percent to $27.3 billion”.

Indonesia continues to be - “pragmatic and even opportunistic’ in its relationship with China, despite other stresses in recent years including the Covid pandemic, tensions in the South China Sea and the announcement of the AUKUS agreement.

On May 8 2021, the Indonesian and Chinese navies conducted a joint military exercise in the waters near Jakarta to improve coordination during emergencies at sea. China's Liuzhou and Suqian guided-missile frigates joined Indonesia's KRI Usman Harun frigate and KRI Halasan missile craft in the exercise, which included a communication drill, search and rescue operation and formation manoeuvre.

Defence officials from Indonesia and China in 2021

Chinese and Indonesian defence ministers agreed to promote military ties, improve cooperation mechanisms, and support each other in pandemic prevention and control. Chinese defence minister Wei Fenghe said both countries should oppose the Cold War mentality, properly handle conflicts and maintain regional peace and stability. His Indonesian counterpart, Prabowo Subianto, thanked China for its help to search for a lost Indonesian submarine in April and for providing Indonesia with pandemic prevention and control equipment. He said the Indonesian military will continue to work closely with the People's Liberation Army in holding drills, and trainings, and expanding multilateral coordination.

Recent clashes over the South China Sea and Indonesian response to AUKUS, might mean that Indonesia seeks to take a regional and more neutral position, such as the 2021 agreement signed with Japan and participation in regional military exercises led by the US.

China has maintained a policy of allowing weapons sales to continue, and Indonesia, despite expressing concern for human rights abuse of Muslim minorities in China, did not allow this to preclude buying weapons from the regional power.

The pragmatism of both countries was confirmed at the Dec 5th 2021 meeting between Indonesia's Coordinator for Cooperation with China and Coordinating Minister Luhut Binsar Pandjaitan and Foreign Minister Wang Yi in Anji County, Zhejiang Province.

Yi was quoted as saying

“As major developing countries, key emerging economies and comprehensive strategic partners, China and Indonesia have always understood, trusted and supported each other, and the two sides should solidly carry forward pragmatic cooperation across various fields in the direction of building a community with a shared future. The Chinese side fully supports Indonesia in hosting the G20 Leaders' Summit next year, and stands ready to jointly enable the G20 to play an active role in promoting world economic recovery and improving global economic governance”

At present weapons sold by China to Indonesia are mainly used by Indonesian Navy and Airforce, however, China is making inroads into unmanned, AI and drone technologies, including weapons, which have been and are being used by land forces and militarised special forces. In the future, this could mean Chinese manufactured weapons and armaments and tracking technologies being used in West Papua. China also takes a pragmatic approach to weapons sales, agreeing at the recent high level meeting that

“Both sides also exchanged views on democracy, agreeing that each country should advance democracy based on its national conditions, with the satisfaction of its people as the criterion, on which the Western countries should not impose their standards”.

Ministry of National Defence of the People's Republic of China

The MND serves as liaison body representing the CMC and PLA when dealing with foreign militaries in military exchange and cooperation. Its official responsibilities had been to exercise unified administration over the development of the armed forces of the country such as recruitment, organization, equipment, training, scientific military research of the  PLA and the ranking and remuneration of the officers and servicemen. However, in reality these responsibilities are carried out by the CMC's 15 departments.

Under the arrangement of "one organization with two names", both commissions have identical personnel, organization and function, and operate under both the party and state systems. The commission's parallel hierarchy allows the CCP to supervise the political and military activities of the People's Liberation Army (PLA), including issuing directives on senior appointments, troop deployments and arms spending.